What is a Functional Behaviour Assessment Have you ever wondered why we do the things we do or behave in certain ways? Within our daily lives we come across lots of fascinating behaviour and the question ‘why’ can be addressed by a behaviour analyst!

The process to do this is a Functional Behaviour Assessment (FBA)

A Functional Behaviour Assessment is the process of understanding why a behaviour of concern occurs in order to provide effective intervention and replace with more pro-social behaviours that leads to a better quality of life. To understand why the behaviour occurs, we need to understand:

The circumstances under which the behaviour is observed, such as a specific time of the day, a specific location, events preceding the behaviour, people present, changes that occur, etc.

The events that follow the behaviour that may function as maintaining consequences, such as all the different ways the people might respond to the behaviour.

Functional Behaviour Assessment usually (but not always) has three components:

In most situations, behaviour has a communicative function. The person is trying to tell us something or show us what they really want/do not want. After completing the FBA, we might find out that the person is engaging in certain behaviours to escape the situation they are not happy in. For example, they may scream when taken to the bathroom. As a result, caregivers may stop taking him to the bathroom and put them back in a nappy to avoid screaming. In this case, we might say that the behaviour has an escape 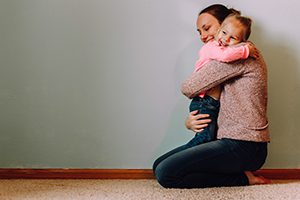 In another instance, the FBA might determine that the person engages in the behaviour to get access to the preferred items. For example, they may bang their head against the hard surface when they are told that they cannot have another cookie. Understandably, self-injurious behaviour can cause much distress to caregivers; they change their mind and deliver the cookie contingent on head-banging. In this instance we might say that the behaviour has an access function.

There are some instances when the FBA determines that the behaviour occurs simply because it feels good. For example, the person might be humming during the math class regardless of what the consequences. In that case, we might say that behaviour is automatically reinforcing or has an automatic function.

We will discuss functionally equivalent behaviours in the future blogs so stay tuned! One of our Lizard Parents has taken the time to answer some questions and share with us her experience of raising not one but two children with autism. Our Top 10 Tips for accessing the NDIS

Here are our Top 10 Tips for accessing the NDIS