ABA and PBS: The Differences and Similarities Explained In recent years, there has been some debate over whether Positive Behaviour Support (PBS) is a considered a separate discipline from Applied Behaviour Analysis (ABA), or if PBS is simply an evolution from current ABA practices.

The History of ABA

Historically, there has been some criticism of ABA due to concerns that it’s applications and practices were too restrictive and rigid at times, and perhaps did not allow for skill development to broaden to settings outside of a clinic. However, ABA has since come a long way and now has an established reputation as being client- and child-focussed. Their current gold standard practices now incorporate scientifically and evidence-based practices into more naturalistic settings, allowing for generalisation across environments.

The Ethics Code for Behaviour Analysts (BACB, 2020) ensures that high ethical standards are upheld by the positive behaviour support practitioner for the individuals and families that are part of the ABA program.

The History of Positive Behaviour Support

PBS emerged in the mid 1980’s to early 1990’s in response to the above-mentioned concerns related to ABA practices. The current framework implemented by a positive behaviour supporter practitioner focusses on ensuring the most sustainable outcomes for clients utilising naturalistic settings. According to Carr and Sidener, (2002), the three distinct features of PBS include:

PBS concentrates on proactive strategies implemented by a positive behaviour support practitioner to prevent behaviours of concern, minimise the use of restrictive practices, and promote inclusivity of the individual and families. PBS is also seen to broaden beyond the scope of ABA as it includes psycho-educational efforts and other interventions with caregivers. The PBS approach demands high levels of flexibility and stresses the use of natural assessment environments.

What are the differences between ABA and PBS?

Where ABA diverges most noticeably from PBS is in its use of scientific approach. ABA utilises functional analyses to really understand the purpose of a client or child’s behaviours, taking an experimental approach to determine cause and effect. Whilst PBS aims not to manipulate a person’s environment, ABA seeks to make changes to a person’s environment to either reinforce a behaviour or create a consequence to support learning.

Given this difference, these has been some reluctance over time for professionals in the field of ABA to accept PBS as being subsumed within ABA. Some may argue that PBS excludes the use of scientific applications with its focus on reinforcement-based procedures only.  For example, if a client presented with severe behaviours of concern that may cause lasting impairments, within the PBS standard, the positive behaviour supporter practitioner may not consider any consequence driven teaching despite it being necessary to ensure the safety of the client or child. Although behaviour analysts would always use reinforcement-based procedures as an intervention of first choice, consequences aimed to decrease behaviour may be necessary at times to reduce the impact of danger and ensure safety. Therefore, some of ABA’s criticism centres around the PBS model being a less powerful intervention as a result of not fully adhering to all scientific principles.

What can ABA learn from PBS?

Despite there being some subtle differences in the two approaches, ABA can learn a lot from what PBS has achieved in such a short amount of time. PBS has had such a rapid growth and acceptance from consumers, large organisations, and educational settings. Some of the key elements that have led to success of the PBS and positive behaviour supporter practitioner’s approach includes:

These values whilst supporting key elements of the science can demonstrate a lot to the field of ABA in terms of how to promote our practice in more client-friendly way. This means that whatever the title of service, consumers are accessing evidence-based procedures and technologies with a client-centred focus.

Parents helping children with Autism can be overwhelmed with the variety of treatment options, including ABA and PBS. Therefore, it is important that we find the similarities between both methods and understand that even though they may be separate methods, they can never be independent from one another. Behaviour analysts should embrace the work of a positive behaviour support practitioner as they incorporate the core principles of ABA and is becoming more widely accepted and adopted by service providers. At the end of the day, it is the underlying science and the desire to support and do what’s right by our clients that connects both practices.

At Lizard, we draw upon the approaches of ABA and PBS; acknowledging the history of both approaches and the strengths they both bring to supporting children with Autism Spectrum Disorders and their families. Please speak with one of our friendly staff members today if you would like to know more about the Lizard difference. 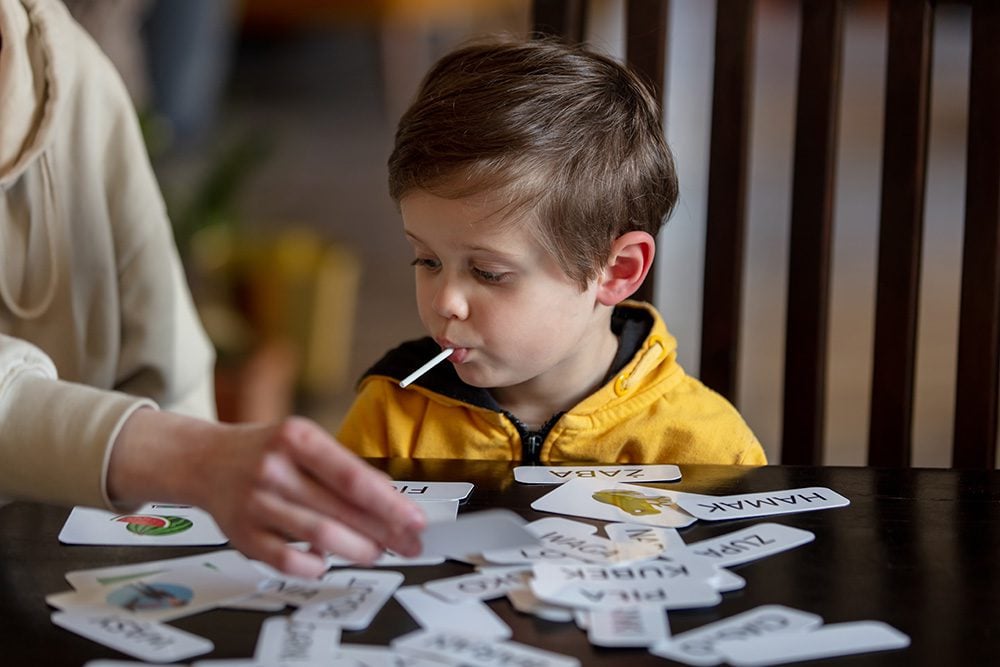 Global Developmental Delay Vs. Autism, Understanding the Differences and Similarities

After 7 years working at the Lizard Centre, Anna, a behaviour support specialist reflects on what she loves the most about her role.